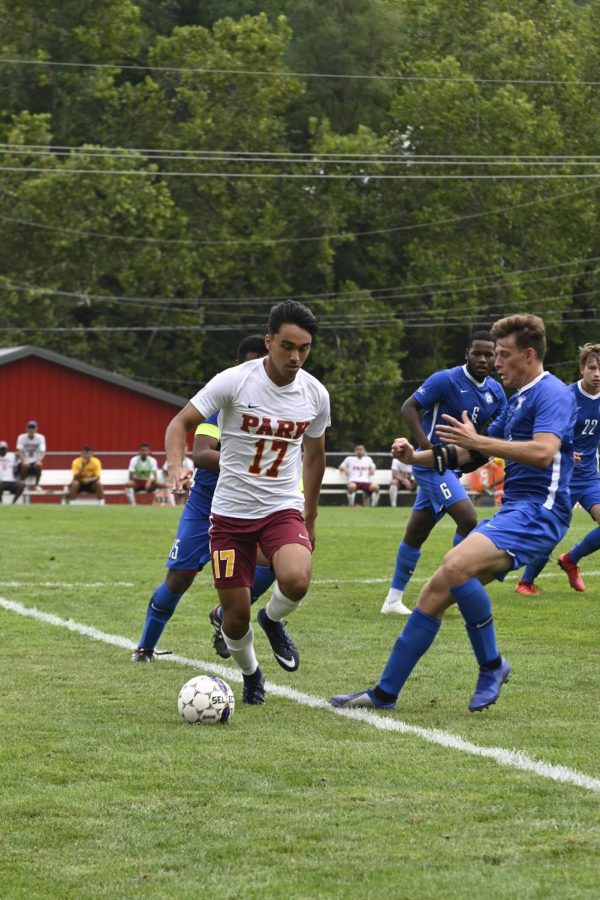 Ivan Agüero, a senior social psychology major at Park, has been learning to balance two cultures throughout his life. His mother and father both grew up in Mexico, but Agüero has spent his entire life in the United States, as a U.S. citizen.

This significant exposure to different cultures has given him a unique perspectives and abilities. Agüero said he thinks learning respect at a young age is the starting point of where the Mexican and American cultures differ.

“Respecting your elders, that’s the important thing, always,” said Agüero. “It doesn’t matter if you’re somebody I just met, and you’re older, we’re taught to say ‘hello, how are you? Nice to meet you my name is…’ If it’s a female, you shake their hand and a kiss on the cheek. If it’s a male, it’s like a firm handshake or a hug depending on if you know them or not.”

Agüero said one of the earliest examples of him learning American and Mexican culture was in school when he greeted other students. He learned despite being taught to kiss women on the cheek during a greeting at home, in America these greetings are considered awkward and out of place.

Agüero said Mexican men can be very “macho,” or hyper-masculine, but that is not the case for his family. Agüero’s father was raised by a single mom. He was born in Torreón, but moved to Juárez after his grandfather passed away.

Agüero said he believes growing up with a single mother and having to help her around the house made his father fall less on the macho side of the spectrum.

“He was raised by his… single mom,” said Agüero. “I feel like that really made him see women differently.”

Another difference between these two cultures was how important family is.

“No matter what, you always go visit your mom,” said Agüero. “I’m in college 40 minutes away from my mom, but I still go visit her, or she comes to visit me, we’re still very close… and united.”

Despite the differences, Agüero said he has learned to go between the two cultures that dominate his life.

“I’ve really learned to balance it a lot,” said Agüero. “It’s just natural to me now, so it’s kind of hard to explain. I understand that what’s appropriate within my… Mexican culture and what’s appropriate when I’m engulfed in another culture. It doesn’t even have to be American culture, even though that’s the dominant one that I’m always bouncing back and forth from.”

Agüero said he’s also learning about other cultures, which include Brazilian, German and British, just to name a few, because of his years playing for Park’s men’s soccer team.

Agüero suggested anyone who wants to learn more about Mexican culture should ask someone they know is Mexican.

“A lot of Mexicans will joke around when they ask them about their cultures, but they really do like it when people ask and genuinely want to learn. If you don’t want to learn about it, that’s cool… but if you’re at a Mexican restaurant or just ordering some tacos it’s cool to ask ‘hey, what is this’ or ‘how do you say this in Spanish’ or try to learn a little bit about the culture. It’s always, at least personally, I like it when people ask me about my own culture.”