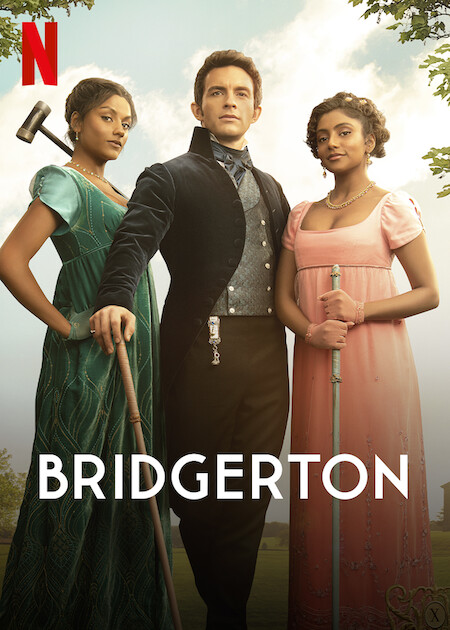 The second season of "Bridgerton" revolves around the love triangle between Kate, Anthony, and Edwina (L-R).

The second season of Netflix’s hit show “Bridgerton” released on March 25, and it is almost as good as the first season.

This historical drama focuses on the Bridgerton family, one of the most well-regarded families of the ton, as it’s said in the show. Last season, the show focused on Daphne Bridgerton (Phoebe Dynevor) falling in love with Simon Basset, Duke of Hastings (Regé-Jean Page). This season focuses on the eldest son, Anthony Bridgerton (Jonathan Bailey).

At the beginning of the season, Anthony decides that this is the year he will marry to continue his family’s line. He is a viscount, so it’s his duty to marry and have kids, but Anthony refuses to marry for love. He decides to marry the so-called “diamond of the season,” the woman named the best of the eligible women in London by the Queen of England. That woman is Edwina Sharma (Charithra Chandran). However, as the season progresses, he becomes closer with her sister, Kate Sharma (Simone Ashley). It is obvious to the audience that although Anthony is courting Edwina, he is actually falling for Kate, and she is falling for him, too, despite their dislike for one another and constant jabs.

This season felt very different from the first. In the first season, the relationship between Daphne and Simon began early on, and the climax of the show hit at the middle of the season. Then, there was some falling action before the show tied up the story in the resolution.

In the second season, most of the episodes are spent building up the plot. The audience sees less of the actual relationship between Anthony and Kate and more of their longing looks and mutual senses of duty to their respective families that force them to push their feelings aside. It felt like the ending was rushed because of this.

There was a lot put into the final episode which is only about an hour long. It felt like way too much. Because of the pacing, it didn’t feel like the story had any falling action or total resolution.

Even with these pacing issues, it was still a very enjoyable show.

In part, this is because the actors bring the show to life and enrapture the audience in the story. Each actor conveys the wide array of emotions that their character goes through while also showing the subtleties of each character’s plot line that need precision to be expressed.

It is also great because two of the actors, Chandran and Ashley, have an Indian background which brings in more diversity. By having this representation, Indian girls can see Indian women in mainstream media. Chandran’s character is even named the prettiest of the women. Importantly, this representation is not turned into a stereotype or relegated to a supporting role.

The story is also just interesting and fun. The Regency era way of life is so different from today’s society, so it’s nice to take a break and watch this to imagine what life was like back then. There are also a lot of side stories to focus on that add to the overall story. This includes the friendship between Penelope Featherington and Eloise Bridgerton, the sister dynamics between Kate and Edwina and many more.

This show had me laughing, cheering for characters and enjoying my downtime. Overall, I would definitely suggest watching it, even though I don’t think the second season is as good as the first.